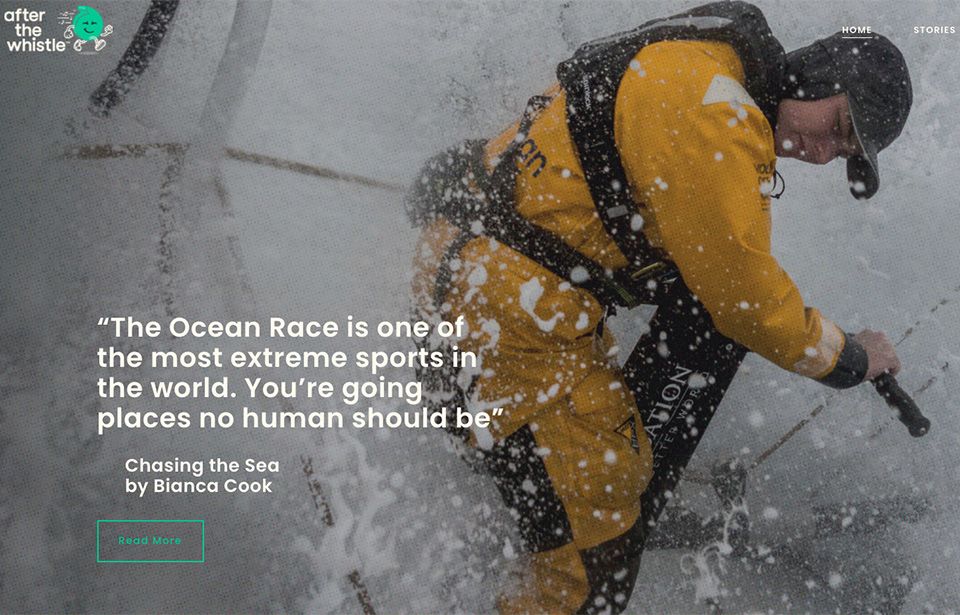 A former Radio Sport journalist has turned job-loss adversity into opportunity with the launch of a new website, After the Whistle.

After the Whistle gives New Zealand athletes a platform to tell their stories in their own words, while maintaining a “Kiwi vibe”, says Sam Hewat.

Hewat wants After the Whistle to be a hub for fans getting information straight from the athletes to learn what makes them tick.

He lost his job at Radio Sport when it was taken off air indefinitely on March 30. While it came as a shock, Hewat said it gave him the time to start the website.

“It was a bit of a shock to the system because it was a good job and I loved it,” he says.

“It sort of gave me the space to dive into this project which I’ve had on the cards for a couple of years,” Hewat said.

The idea for his website came while he was at university. He found the Player’s Tribune, founded by Derek Jeter, which publishes first-person stories from athletes to connect directly with their fans.

“I saw it and thought that’s a really great concept. The articles are really well written - why can’t we have something like that in New Zealand?”

He saw a gap in the New Zealand sports media market, where fans, athletes and the media where all disconnected.

While similar websites to Hewat’s exist, such as Athletes Voice in Australia, the New Zealand sports market had a gap for this type of publication.

Dr Rufus McEwan, head of  the Department of Critical Media Studies at AUT, says the closure of Radio Sport left a vacuum for sports media.

McEwan says sports coverage in New Zealand is largely based around a pay-per-view model, where Radio Sport was an exception. In Australia, commercial free-to-air television broadcasts a lot of sports coverage.

He says the internet is breaking down this barrier.

“For athlete or celebrity-contributed content, that’s made possible largely by the functionality of the platform.

“Because of the internet, you can have an athlete write and publish a story and generate it. They don’t need to appear in a studio,” McEwan says.