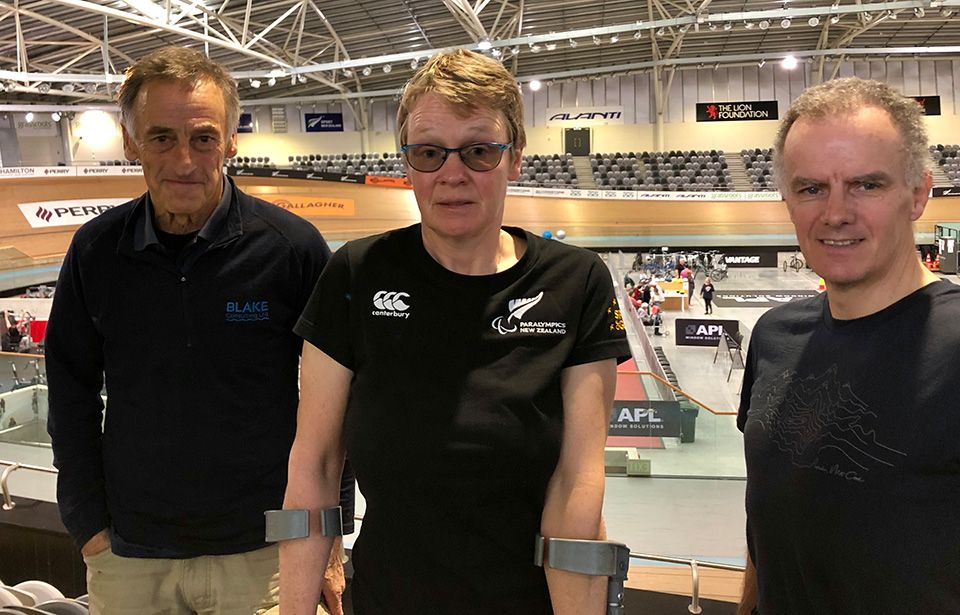 A two-time world champion in para-cycling says she is excited to compete in the sport she loves on the grandest para sport stage there is.

Eltje Malzbender was selected last month to represent New Zealand in para-cycling for the Tokyo Paralympics.

T1 is a para-cycling classification for athletes with severe locomotive dysfunctions, and insufficient balance to use regular bicycles.

“What I look forward to the most is competing and being satisfied with my performance. That’s what I enjoy,” she said.

“It was a degree of predictability when we realised, we had a special athlete performing on the national and international stage, so we focused on Eltje’s ability to qualify for Tokyo and is great it’s now confirmed,” he said.

Malzbender had been a competitive cyclist for 30 years but in 2016 was the victim of a possible hit and run in Waikato leaving her with a severe traumatic brain injury.

The tricycle was a way for her to cope with loss of independence and give her new goals and enjoyment.

“In my initial rehab the doctor told me I couldn’t walk, talk or ride a bike again but now I’m a double para-cycling world champion and about to compete in Tokyo.

“If I can bring a message from my experience, it would be anyone can overcome obstacles in life with perseverance and discipline,” Malzbender said.

To prepare for the Paralympics Malzbender has had training camps in Auckland, New Plymouth and her home base at Cambridge’s Avantidrome with many hours of tricycling, pool, gym and stationary bike exercises.

“The pool gives her ability to jog without support and the walking bike exercises different body parts that she can’t do because of her lack of balance and coordination without it,” he said.

“The gym develops her balance, coordination, strength and conditioning.”

Malzbender’s also had a camp in Mount Maunganui working alongside Para-cycling NZ’s sport physios to prepare for her competing in Tokyo’s current high climate.

The Tokyo Paralympics take place from August 24 to September 5 with Malzbender’s pinnacle event on August 31.