Migrants in NZ a 'hidden population' afraid to speak out 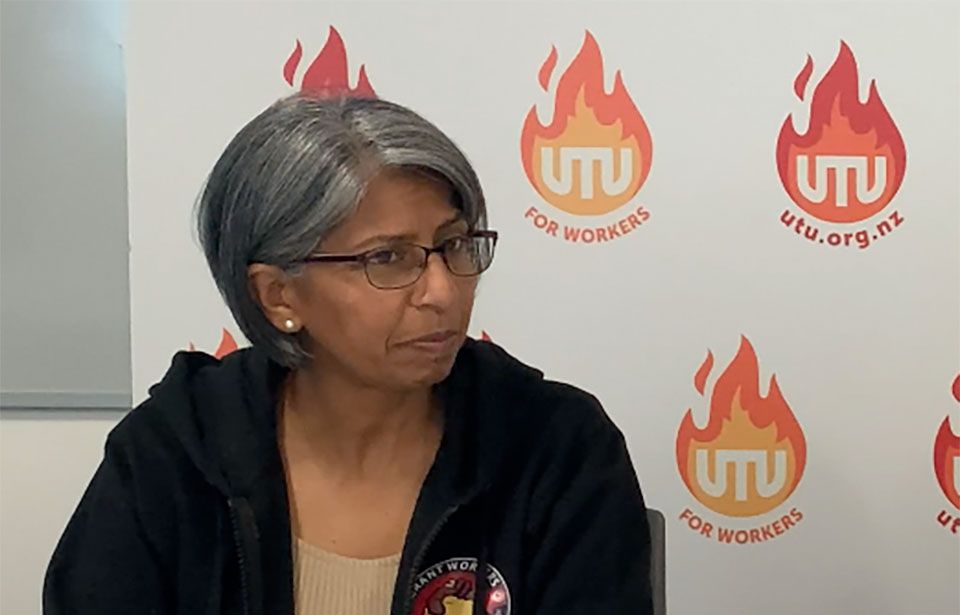 The head of the Migrant Workers Association NZ, Anu Kaloti.

The Human Rights Commission has amassed a team of experts to advise the Government as it considers introducing anti-slavery legislation.

But Ms Kaloti, who heads the Migrant Workers’ Association NZ, says the Government is looking “everywhere else but our own house” and any new legislation needs to be New Zealand-centric.

She said overseas examples of such laws were focused on importers' supply chains and unethical production, while in fact forced labour was going on within New Zealand's borders.

New Zealand-centric legislation would focus on workplace exploitation and abuse here, and not just international trade regulations, she says.

"We have to look at [forced labour] holistically rather than just bring in a new act that will be a silver bullet."

In New Zealand, migrant workers have been pressured to work for as little as $8 an hour, according to Associate Professor Christina Stringer, of the University of Auckland.

Her research, conducted with Professor Francis Collins, of the University of Waikato, revealed migrant workers had been refused pay and denied leave, all under the hope of visa acceptance.

She says migrants are a “hidden population” afraid to speak out against their exploiters.

In 2018, there were an estimated 1000 victims of modern-day slavery in New Zealand, three times the number of people who died on the nation’s roads last year.

It includes situations where people cannot leave due to threats of harm, coercion, deception or abuse of power.

In recent years, OECD countries such as the United Kingdom and Australia have passed anti-slavery laws, cracking down on unethical off-shore supply chains.

Trade Aid and World Vision are lobbying the Government to enact a modern slavery act under urgency and circulating a petition in support.

New Zealand businesses have penned an open letter to the Government supporting the petition.

Ms Kaloti says while introducing new legislation is a step in the right direction, New Zealand has yet to "fully utilise the laws we already have in place”.

Her call is echoed by the Walk Free Foundation report on modern-day slavery in the Pacific.

According to Ms Kaloti, this problem has grown with the past year’s COVID-19 measures.

She says the Migrant Workers Association NZ has seen excellent employers striving to help their migrant workers through the pandemic.

However, it has also opened the gates for unscrupulous businesses to exploit workers through wage subsidy fraud and unfair dismissals.