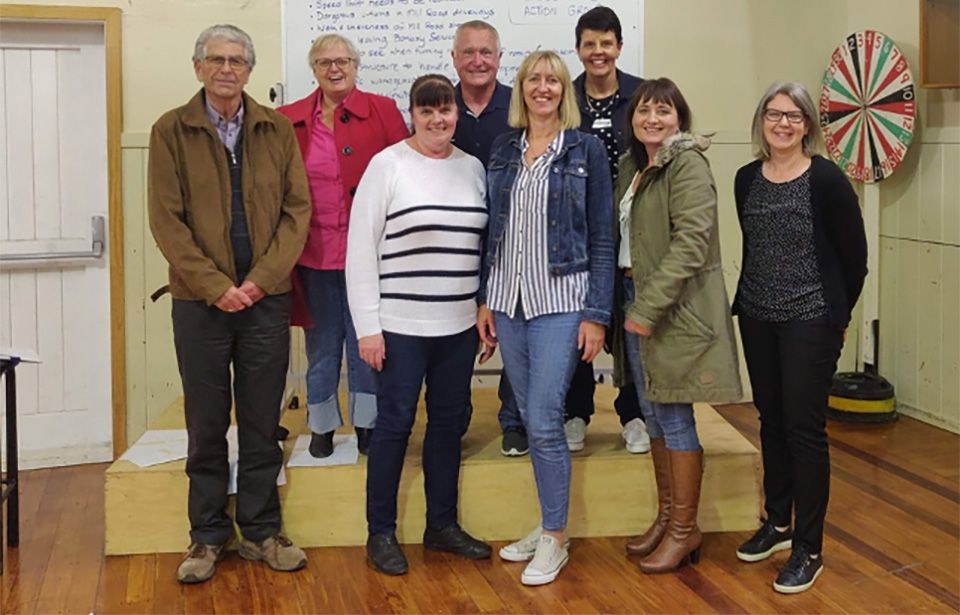 Residents fed up with the dangers of Bombay's motorway interchange - known locally as "Collision Crossroads" - have been told to expect another decade of inaction from authorities.

Bombay residents are hoping to bring together Auckland Council, Auckland Transport and Waka Kotahi New Zealand Transport Agency over what they feel is a dangerous intersection before further accidents occur and further development takes place.

On Wednesday, more than 100 residents from the area gathered in an old wooden rugby club for a public meeting about something that connects them all, quite literally.

The Bombay motorway junction is at the intersection of Great South Road, Mill and the SH1 on- and off-ramps, going both north and south.

The motorway junction has been the scene of many accidents and near misses.

The image below is a visual representation of the accidents in this area from 1999 onwards. According to this data there have been 227 accidents.

The intersection serves both the towns of Bombay and Pukekohe, which have been expanding. This is expected to continue, with Pukekohe predicted to have significant growth according to Auckland Council.

The public meeting, arranged by the Bombay Collision Crossroads Action Group, was attended by council members and engineers from Auckland Transport.

The group hoped to raise some of the local concerns regarding the interchange, including speed, inconsistent road sealing, and unsafe driving decisions caused by the road.

Karen Van Tiel, local resident and action group committee member, spoke of her fear for her son’s life after she had been rear-ended trying to turn into the family’s property.

This was echoed by another resident who worried for the safety of his family,

“How many lives lost are acceptable?,” he asked.

“Because it will be measured in lives.”

However, representatives from Auckland Transport indicated it could be 10 years before residents saw meaningful change.

“Ten years is unacceptable . . . loss of life is not acceptable," said one rural resident.

Members of the community action group said as the city spreads outwards, traffic would only increase, and these issues need to be addressed before this occurs.

“We hope the safety of that intersection will be attended to, and its priority as a project will be upgraded.

Mr Owen emphasised it was not just about the committee, which was the voice of everyone who attended that night and who felt strongly about the issue.

“[The authorities] will hope this is just a one-day wonder. Our intention at this stage is to keep that pressure on and to make sure they do take note of what the people want.”

Waka Kotahi told Stuff: "After concerns were previously raised with Waka Kotahi by the Franklin Local Board, we commissioned a traffic analysis of the southbound off-ramp and other turning movements at the Bombay interchange.”

This is expected within a few months.