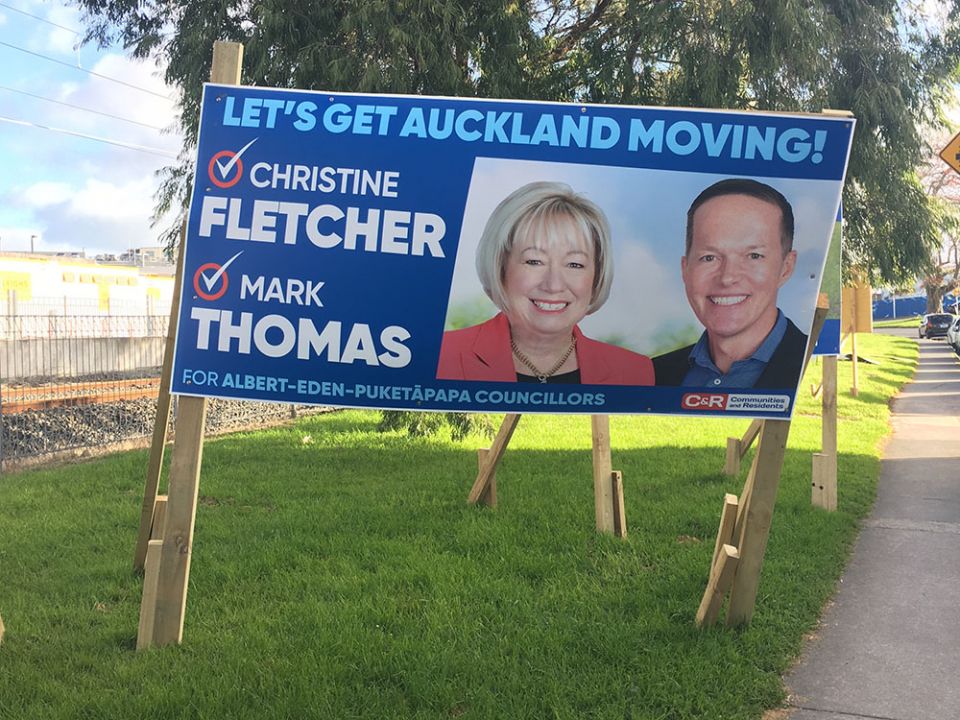 Mark Thomas says his hoardings will provide shelter for the homeless after the local government elections. Photo: Rachel Sadler

Shelters for the homeless or insulation in garden sheds will be made from recycled billboards after this year’s local government election.

These are some of the creative initiatives by some local candidates wanting to continue the sustainability message by giving their signs a second life.

C&R Albert-Eden-Puketāpapa candidate Mark Thomas said he would be giving his leftover hoardings to the homeless to use for shelter.

Thomas was unsure what material was used to create his hoardings, but said that he asked his supplier to make them “as sustainable as possible”.

“The technology’s evolved, and to be fair, our thinking’s evolved too. We’re just more aware now that we can’t just every three years come along with these things that end up going to landfill,” he said.

Damian Light, an independent candidate in Howick, said he personally despised hoardings, although he accepted they were a necessary part of campaigning.

“I think billboards and signage are visually horrible, they are incredibly wasteful and I wish we didn’t have to do them,” he said.

Mr Light said he planned to give his PVC plastic hoardings to a friend to use as insulation in his garden shed.

It would be “kind of interesting” for his face to end up inside someone’s wall, he said.

Green Party Whau candidate Jessamine Fraser said there was a fine line between getting your name out there in front of the public and being sustainable while doing so.

“If people don’t know you’re standing they don’t vote for you, and if you don’t get voted for, you can’t make the bigger change,” she said.

Ms Fraser is using beaverboard, a heavy-duty and recyclable cardboard, for her signs. She said she planned to gift her billboards to people who could use them as a shade for their garden seedlings.

Being sustainable is part of creating a better world, she said, and believes it is important to try to live what you are hoping to do.

Mr Thomas says he is realistic about the future of hoardings and sees how necessary they currently are.

“In the future, it’d be terrific to think that we could get to a point that we don’t need hoardings,” he said. 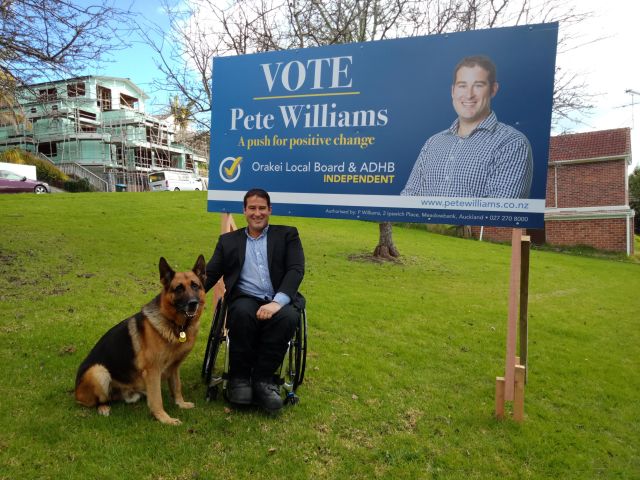 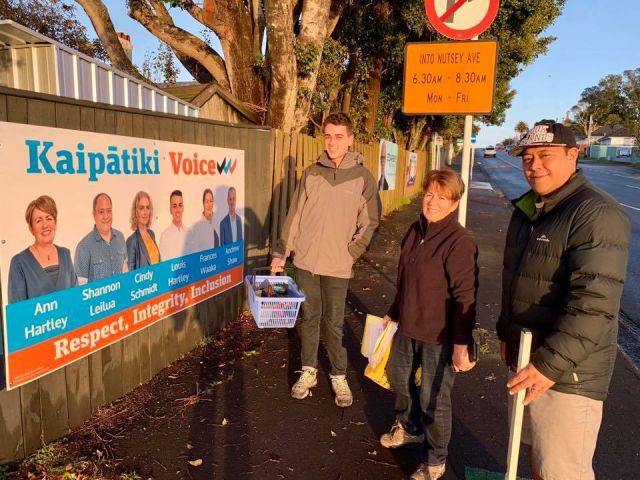